Gremlin (front left), Onion (front right), Wizard (back) and I. Photos courtesy of the TRC.

Team Brah of Onion, Gremlin, Wizard and I skijored from Nenana to Fairbanks on Saturday, March 30 in the Tanana River Challenge.

I worked hard for my ‘bro status. It was worth it for 45 miles of awesome .

Our day started in the wee hours at the Dew Claw homestead. Jodi and I got everyone fed and loaded up. Wizard and Gremlin made an extra loop of the dog yard to personally inform the ladies of their departure. Onion relished in the front seat of the car and snoozed as the sun rose on the drive into town. We picked up Matt and the whole team headed down to Nenana for the start.

The pre-game conversation consisted of two main points: Matt’s skepticism in his team-mates to handle the distance and whether we would eat snow at the start.  Jodi and I found Matt’s concerns funny. His dogs included super-leaders Sparrow and Jake, multi-time finishers of the Yukon Quest and Iditarod (1000 mile) races. They were joined by Yuki, a spunky little female who likes to go places while ‘fronting.  Jake and Yuki knew all about this skijoring business with us. As for the start, Onion and I thought that was silly. Onion liked that frozen rivers were infinite running highways. He would bring his studliness. My job was to stay on my feet.

We pulled into Nenana around 8 AM to perfect weather. The temperatures were -16 C with a hint of a breeze. The sky promised sun. The skiers and bikers mass started while I focused on last minute gear preparations.

There was a fifteen minute pause before the skijor teams got going. One of the sweepers kindly let us hook up all the dogs to his snowmachine. I had the first of many moments to admire my fine looking team of Dew Claw kids (“dogs”). Full of attitude they knew they were stylin’ dudes. Onion the oldest at 2 years old was my main leader. His nephews, the lanky brothers Wizard and Gremlin who were just over 1 completed the team. Onion, Gremlin and I raced the IFSS world championships in early March. We were ready to leave the six mile courses behind for a whole lot more cookies.

“Alright”. It was go time. Matt, I and all the pups headed down onto the river. Upward and onward. The sketchy ice section under the bridge briefly ground under my skis. My main job very quickly was shouting “Hey” and “Haw over” and “On by” as we started to pass skiers and bikers. And staying upright and intact. The dogs are normally pretty psyched to get going and the extra people super-charged their enthusiasm. “Boredom” definitely was not on our minds.

Very quickly the trail became less than ideal. Both the dogs and I were busting through soft punchy snow. Great volunteers and regular snow-machine traffic had established a “groomed” trail. Unfortunately the tracks of the first 60 participants broke through to the bottomless jumble ice. The boys used their smarts and concurred with my “Easy” in the bad sections. No need for anyone (including me) to pull something that early into the race. My trusty Salomon backcountry ski boots and Fischer Jibskate skis helped out by offering more stability than light-weight race setups. As long as I kept double-poling things were fine.

Around 3 km we scooted by the other skijor teams. I looked back and spotted Matt and his team dropping off our pace.  Onion isn’t one for blowing himself out at the start of races so I let the team keep rolling along. They were interspersing fun chasing with some trotting. Matt’s team was much more experienced and steady than my rawer brawn.

Onion and Gremlin quickly decided that they preferred to go by people on the left (haw) side. Wizard in wheel couldn’t quite understand why there were so many people on the course after about our 20th pass. And why exactly we had to go around all of them. Luckily, as his thoughts were secondary to Onion having places to go. We continued to motor along. Without fail Gremlin and Onion were always excited for the next person-rabbit. And the next one. And the one after that. Gremlin thought it was the bestest (yes-really) fun ever. Skiers, bikers and winter gear galore.

Generally we see a couple of people at most on the trails surrounding Fairbanks. Most skijor races are individual starts so it is often just you and the dogs on course. Personally, I liked seeing people during races. Sharing this with pulling dogs, especially if they are mainly used to their family requires an adjustment period even if they LOVE people off the trail. It was great that the team was digging the experience on the river as much as me.

By now I was double-poling a path to glory. Which is fun but my legs are much bigger than my arms. It was time to switch up techniques. People had started to spread out and the trail was harder and smoother. Finally the trifecta necessary to start skating. Almost immediately I face planted to a halt. My patented move of sticking my pole right between my legs was once again a winner. Onion and Gremlin had prior experience with this maneuver. I got out a “Whoa” on the way down to alert the dogs. They stopped by the time my body hit the snow. I jack-rabbited up making my fastest recovery ever. I’m sure the biker we had just passed was amazed. Probably by the power of my poling and the class act by the dogs.

We had caught up with the lead skiers by the time we reached the first checkpoint at 22 km. The boys agreed on a break. They thought the snow was A+. I was thirsty and the cookies were mighty tasty. The volunteers were awesome at giving the boys some love. We left around the same time as the top male skiers, Max and Jim. It was impressive to watch their efficient technique. But in the cool temperatures the bros had the edge. They settled into a smooth trot exerting minimal effort. As a skier you push, glide and repeat to keep speed. You stop thinking about work, the deep questions of the universe or breakfast.

Full husky running prowess is beauty in action. The anticipation of the next bird call, a hint of movement, a glimpse around the next bend of the river. It feels like the dogs infuse their joy into my ski strides. There is no where better to be than where you are. And no where better to go than the direction you are headed. The dogs dipped snow and I foraged for food in my pockets. We caught the occasional glimpse of open water and played with tree shadows on the trail.

The light started to get brighter as the sun rose higher in the sky. A few inclined banks made the river feel distinctly more uphill than the reality. At least to me, the boys didn’t care. I could just make out the skiers on the big open stretches pumping away. Pulling into the second checkpoint we were treated to blue skies and a view of the Alaska Range across the flats. We had made it over half way and the dogs were looking strong. I ate some more cookies and briefly envied the volunteers in their lawn chairs. It is hard to beat a snowy, dog-cuddled nap in the sun. Those ideas had to be postponed, it was time to keep movin’ on.

We cruised off the skiers arrived for our last mutual gathering. The dogs had settled into a relaxed trot and my skate strides were long and smooth. Our focus distilled into going down the trail. Straight ahead with maximum efficiency. A snowmachine briefly jump started the boys into loping. We chased it down as far as we could before the trot re-emerged.

The pirate flag at the third checkpoint was the perfect analogy to how we were feeling at that time. Onion and I were still fascinated by the trail. Wizard occasionally thought the pulk was strange but overall things were good. Gremlin believed we should be seeing people every five minutes. That was the most fun. Or that he would like to run beside his brother. The power of being young and trying to get what you like all the time. Rather than fight any potential rebellion, I removed the neckline between Onion and Gremlin. Wizard had a quick roll in the snow. I ate a delicious chocolate donut. And we kept going.

It was after 11:30 AM by this point. Without a time-keeping device easily on hand Onion and I decided our pace by feel. The rising temperatures were tempering our speed. By the time it got warm enough for me to adjust layers I had dug into the “just get to the finish” mentality. No more stops. Unless absolutely necessary. The occasional cool burst of wind offered temporary reprieves and entrenched my stubbornness.  Onion agreed that stopping would not make us faster. As we got closer to the final aid station we started to see more people cruising the river on snow-machines. Gremlin was briefly amused. He still wanted to race them.

The crowd of people in the slough by Rosie Creek were a welcome sight.  Their trail side feast was tempting but with only six miles to go it was easier to just keep on keeping on. We knew exactly where we were from all our training runs. The boys and I were ready to stick this run in the bag.

We passed by the high cliffs and heard the bark of the neighborhood dog that often races down in greeting. Trucked on past the turn-off around the island, Onion and Gremlin knew we had just shaved off some distance. After the slough, we hit our first dog-team. Gremlin was less excited by fellow dogs than he was bikers. 3 miles out, where there are multiple trails on the wide expanse we spotted our second dog-team. Onion and I had a brief discussion about not personally informing them of our awesomeness. Then we were passing SCUM master skier dudes who were checking out the race. I ogled their temperature appropriate clothes, it was now close to 0 C (32 F) and I was hot. And hungry. And thirsty.

Rounding the final turn to the finish line I could make out that trail in was not the one we normally used. No problems. Onion navigated the bros like a pro and we pulled in behind the bikers. The boys were stoked to see their mom Jodi and all the people. Onion actually wanted keep going, the river still hadn’t ended. But the prospect of a good meal by the truck was pretty tempting so off we went.

Our final time was 4 hours 14 minutes including stops and an imprecise start time (all the skijors were given the same start time regardless of when we went out). This was close to what the dogs could run in a dog-team. We were the first skijor team. And we passed everyone except for the first 4 bikers.

I think the most important thing was we had a great time. If it was a race of fun we won it. Gremlin wanted more people to pass, Onion wanted more river and Wizard wanted more love. I’ll do my best to deliver for team Brah in the future.

As for Matt, he chugged along and was catching us as the miles racked up. He stopped to help a fellow racer but Sparrow and Yuki rallied the team on to a time of 4 hours 36 minutes.

Thanks Jodi, Dew Claw Kennel, the kids and all the volunteers for a great day! 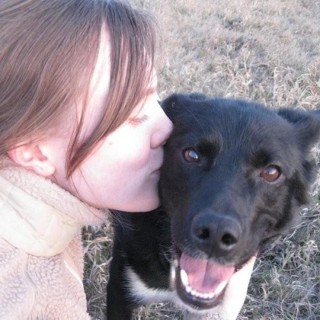